A thing of beauty is a joy for ever: Its loveliness increases; it will never Pass into nothingness.
John Keats

Music...gives wings to the mind, a soul to the universe, flight to the imagination, a charm to sadness, a life to everything.
Plato


If you possess a library and a garden, you have everything you need. (translation from the French)
Si vous possedez une bibliotheque et un jardin, vous avez tout ce qu'il vous faut.
- Cicero

Last month, Spanish day was celebrated at the Instituto Hispania. For this, we (the basic level class) were asked to give a reading of  fragmento, few beautiful lines from the books of Gabriel Garcia Marquez.

Here are the lines from our reading. They are so exquisitely written that it would be a crime to translate, he he.. But of course, we cannot understand without it.

Translation Google :))
"Many years later, facing the firing squad, Colonel Aureliano Buendia was to remember that distant afternoon when his father took him to discover ice. Macondo was a village of twenty adobe houses built on the edge of a river of clear water that rush through a bed of polished stones, white and enormous, like prehistoric eggs. the world was so recent that many things lacked names, and had to be pointed out with finger. "

Translation Google :))
"In that Macondo forgotten even by the birds, where the dust and the heat had become so tough that breathing was laborious, secluded by solitude and love and by the solitude of love in a house where it was almost impossible to sleep by the roar of ants, Aureliano and Amaranta Ursula were the only creatures happy, and the happiest on earth. "

"-when the night - night of the tropics, dense and suffocating odor of tuberose and jasmine and rumors of crickets - fell sharply over the house, Grandma immobilized in a chair Gabriel, then a five year old, startling with the dead who were there: with Aunt Petra with uncle Lazaro or that aunt Maragarita (....) "If you move - told the boy's grandmother - will come aunt Petra is in your room. "

Financial Cyber crime is one of those things that we never pay much attention to until one day, it happens to us or our friends.

One of my friends has an account with ICICI bank, a private bank in India. At 5 AM in the morning, he got a  text message that Rs. 3000 has been transferred from his account to Weightwatchers in UK. He called the customer care of ICICI and was promptly put on hold.
So, he entered the password to his online transaction incorrectly so as to lock his account, thereby disabling any online transaction.

By the time he was finally put through to the customer care at 6 AM after 30 minutes waiting, he had to speak to several fucking supervisors/ managers and verify his details at every stage. Meanwhile, he also received a SMS that his transaction for Rs. 17000 had failed, this transaction was not initiated by him, but the hacker.

He had explained the failed attempt at hacking to the sodding customer care managers but they very least concerned about the crime and the gravity of the situation. They had refused to look into the matter or provide details about the receiver or contact them to stop the transaction and report the user who had initiated the purchase.

After much argument, they had informed that the recipient was Weightwatchers, UK and informed that nothing would be done from their end to cancel the transaction with the merchant. Further, they had also informed him that without an FIR (First Information Report) lodged with the local police station, they would not take up his complaint for investigation. They had also told him that he needs to pay for a new debit card as he has now disabled the current debit card used for online transaction.

Online banking  and private banking exist only in the cities of India, mainly the metropolis. In the main cities, ATMs, online banking, online shopping are extensively used. They are still a novelty for majority of Indians in many of the states and rural areas.

Nationalized banks hold the major banking market of India. Unfortunately, they have not evolved much into Online banking and transactions and are still in the preliminary stage of the Internet era of banking.

I can only say that as customers, everyone should close their accounts, take their money elsewhere and let such irresponsible banks sink to hell. 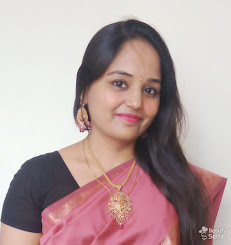